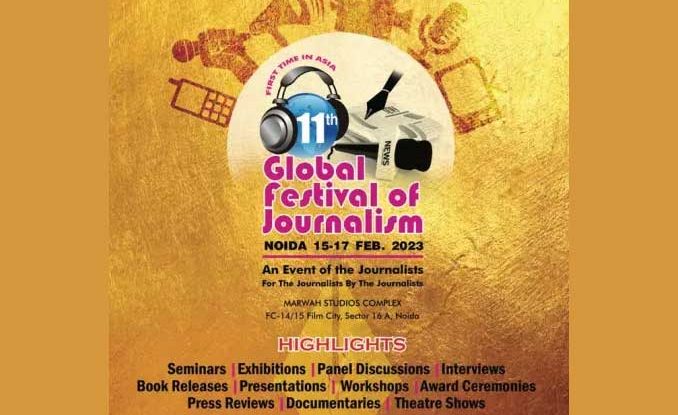 Noida: The most popular and the only festival of its kind in the World-Global Festival of Journalism will see its eleventh edition from 15th to 17th February 2023 announced by the governing council of International Journalism Centre of Marwah Studios.

“This time 12th February is Sunday, and we are not able to start on holiday one of the greatest festivals on earth related to journalism. We, here at International Journalism Centre, have decided to celebrate 12th as International Day of Journalism, but festival will take place on 15th, 16th, and 17th of February,” said Sandeep Marwah President of IJC.

“It has been 12 years we have been propagating 12th February as International Day of Journalism. I am happy that large number of journalistic organizations in India and abroad have picked up the date and have been celebrating this great day on 12th February,”