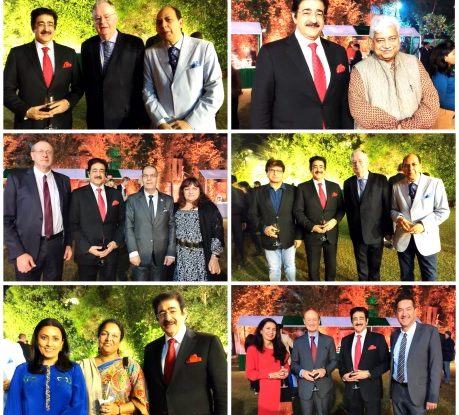 New Delhi: On the successful completion of first Irish Film Festival of India a great gala dinner was organised by the Embassy of Ireland in India hosted by H.E. Brendan Ward Ambassador of Ireland to India to bring more colours to the extravaganza.

We have done it, many people may be still just thinking of organising a festival of films from Ireland, we have already created another IFFI for Delhi. Four films, seminars, and now a wonderful get-together has given a complete look to the new born festival,” said Sandeep Marwah President of Marwah Studios and Chair for Indo Ireland Film and Cultural Forum.

“It was a great show, we have created a property, and I am thankful to Marwah Studios for their untiring cooperation and contribution,” thanked H.E. Brendan Ward Ambassador of Ireland to India.