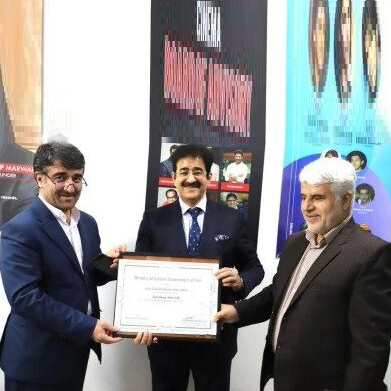 Noida: Noted film television and media personality Sandeep Marwah President of Marwah Studios was appreciated by the visiting officer from Iran Mohammad Reza Bahmani from the ministry of Culture, Government of Iran for his deep interest in Iran and development and promotion of relation between the two countries Iran and India through Art and culture.

“We have very well noticed that Sandeep Marwah has great interest in Iran arts and culture  and he has been conducting large number of events to create awareness about  different disciplines of  Iran art,” said Mohammad Ali Rabbani Cultural Counsellor and Director Iran Cultural House.

“I am impressed by the involvement of Dr. Marwah and large number of people he has been inviting from Iran to perform now and then,” Mohammad Reza Bahmani Deputy of the President (ICRO) Ministry of Culture, Government of Iran.

A certificate of appreciation was presented together by the Cultural Councillor and Director of Iran Cultural House along with Ministry of Culture, Country of Iran. 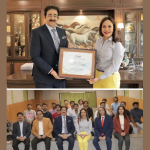 Sandeep Marwah Appreciated for His Deep Interest for Venezuela 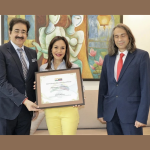 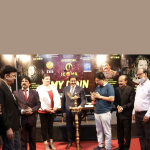