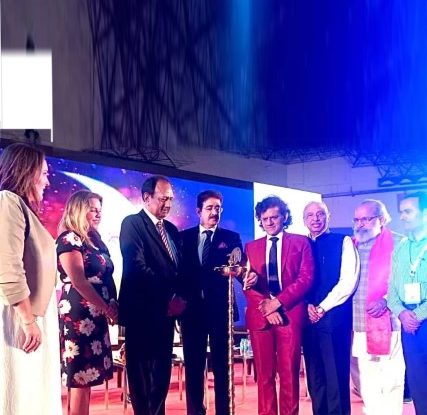 New Delhi: Thirty years ago I gave one term to English Dictionary-Film & Cultural Tourism, nobody could understand the meaning of the term, but today every country is talking about film and cultural tourism. To honour our own term we have been able to attract Three Million people to Noida Film City so far. This is the strength of Indian films, culture and tourism,” said Dr Sandeep Marwah Founder of Noida Film City & President of Marwah Studios at the inauguration of  Media & Entertainment and Tourism Session of 8th India International MSME Startup Expo-Summit 2022 at Pragati Maidan organised by Government of India.

We have trained more than 20,000 young professionals in different fields. We have been able to give start to more than two hundred new companies in films, television and media where most of the young entrepreneurs are earning well for themselves. The whole media and entertainment industry comes under MSME and contributing well to the total GDP of India,” added Marwah.