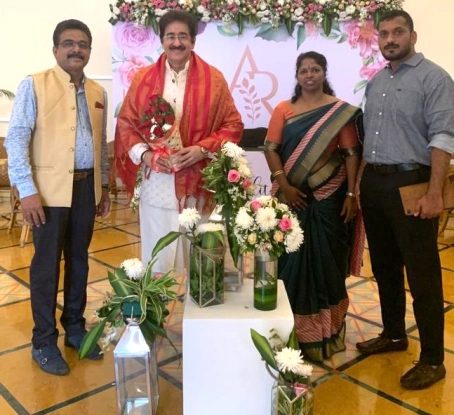 Dr. Sandeep Marwah recipient of Dada Saheb Phalke Film Foundation Award is the founder of Noida Film City, Marwah Studios, Asian Academy of Film and Television and more than hundred film, television & media organizations. He is the Chancellor of AAFT University of Media and Arts and National Chairman for Media & Entertainment Committee of Bureau of Indian Standards, Ministry of Consumer Affairs, Food and Public Distribution.

The Council will bring all the setups of India in Digital Media together and will look after their interest in the country. The council has 28 different offices state wise to administer better and give personal services to the stake holders.

I am thankful to DNMCI-Digital News & Media Council of India for giving me this honor. I will put my best for the same,” thanked Dr. Sandeep Marwah talking to the press at Hotel Lalit Golf & Spa Resort, South Goa.