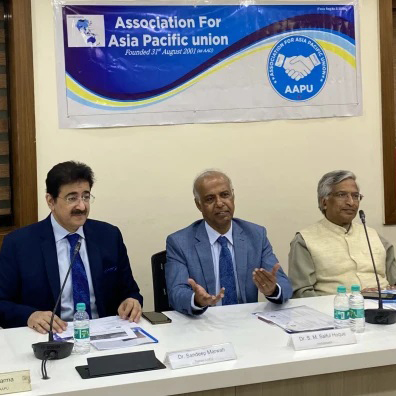 New Delhi: A powerful round table conference titled ‘World Peace Threatened by Russia Ukraine Conflict and Developments in Asia Pacific Region’ was organized by Association for Asia Pacific Union for the members of the AAPU at WASME premises.

Vice President Dr. K.K. Sharma welcomed all the guest and members and spoke about the organization and its activities. Initiating the subject President J.S. Saluja mentioned the facts and figures of the war between Russia and Ukraine and also revealed the effects it has left on the World economy especially Asia Pacific Region.

“The Keynote speaker defense expert Wg. Cdr. Praful Bakshi stated that World Peace has been threatened by two major global confrontations: the Ukraine Russia conflict and the dangerous and volatile situation developing in the south China Sea, which has further accentuated by the creation of the Quadrilateral Security arrangements between America, Australia, Japan and India now referred as QUAD.”

Ambassador Dr. S.M. Saiful Hoque from Bangladesh shared his vast experience of his foreign service and especially his posting as Ambassador in Russia and Ukraine. He spoke about the international policies of Russia and their military strength.

Ambassador and former Director General ICCR Dr. Suresh K Goel also expressed in his own words with his deep understanding of the subject, the mind set of people of Russia and Ukraine. He discussed the way politicians behave in these kinds of situations and how their foreign relations work.

Patron to the organization and President Marwah Studios Dr. Sandeep Marwah changed the tune of the conference when he spoke about love, peace and unity through art and culture. He emphasized on culture diplomacy and also informed the house as how Asian Unity Alliance and Association of Asia Pacific Union both have joined hands with 66 governments of the World including many nations from Asia Pacific Region and working together to develop and promote relation between people of India and other nations.

The conference was moderated by EC member Prof. Dr Gurbir S Khera and vote of thanks was presented by General Secretary Sanjay Aggarwal. The event was supported by International Chamber of Media and Entertainment Industry & World Peace Development and Research Foundation. 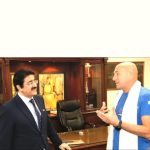 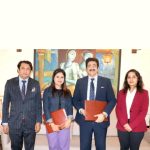