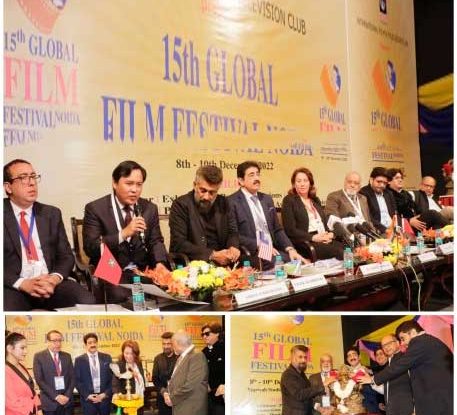 Noida: Colorful cinema posters all over, no parking space left outside the studios, enthusiastic crowd, you could see the microphones with different logos of TV channels, good looking, smart and young audience waiting for the inaugural function of 15th Global Film Festival Noida 2022 at Film City Noida, designed by International Film and Television Club of Marwah Studios.

Love, Peace, and Unity through Cinema is the mission of the festival. The purpose is to bring lots of information, education, and entertainment through films. We are one of the most well-established film festivals of this part of the World. In North India Global Film Festival has created a wonderful niche for itself. Three days festival will showcase 52 events related to cinema,” said Dr. Sandeep Marwah President Marwah Studios in the opening remarks.

I, on behalf of Republic of Tunisia take this opportunity to extend my heartiest congratulations to the festival team on the inauguration of this great extravaganza. This international event is now known to the whole World. We are Pleased to be part of this great show,” said H.E. Hayt Talbi Ambassador of Tunisia to India while lighting the ceremonial lamp.

Films are the best ambassadors of culture of any country and festivals are the best way to showcase the culture. I am surprised to see the scale of festival touching 67 countries of the World. It is a union of culture at Marwah Studios,” said Dr. Amar Patnaik Member Parliament Rajya Sabha.

“We are proud of Sandeep Marwah and his untiring contribution to promote national and international cinema from last thirty years. No institution in the World has taken such a big initiative to promote cinema in such a vast scale. I congratulate the complete team on the opening of 15th Global Film Festival,” said T.P.Agarwal President Film Federation of India-The Apex body of Cinema in India.

Global Film Festival has a very important place in my life. My first film Buddha in Traffic Jam and my second film The Tashkent Files both saw light of the day at global Film Festivals in early years. Whenever I am here at Marwah Studios, I get spiritually high. This is one of the most well-designed festivals of the World,” said Vivek Agnihotri renowned film director now popular for his film Kashmir Files.

Amizal Fadzli Charge D’ Affaires of High Commission of Malaysia invited the film makers to come and shoot at Malaysia. He talked about the strong ties of India and Malaysia both are enjoying from last many centuries. Mehdi Boukouizia of Embassy of Morocco spoke about the Indo Morocco Film and Cultural Forum and its activities to promote the relation between the two countries India and Morocco. 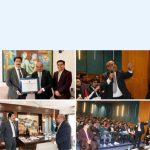 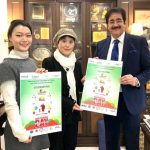 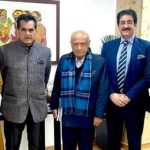